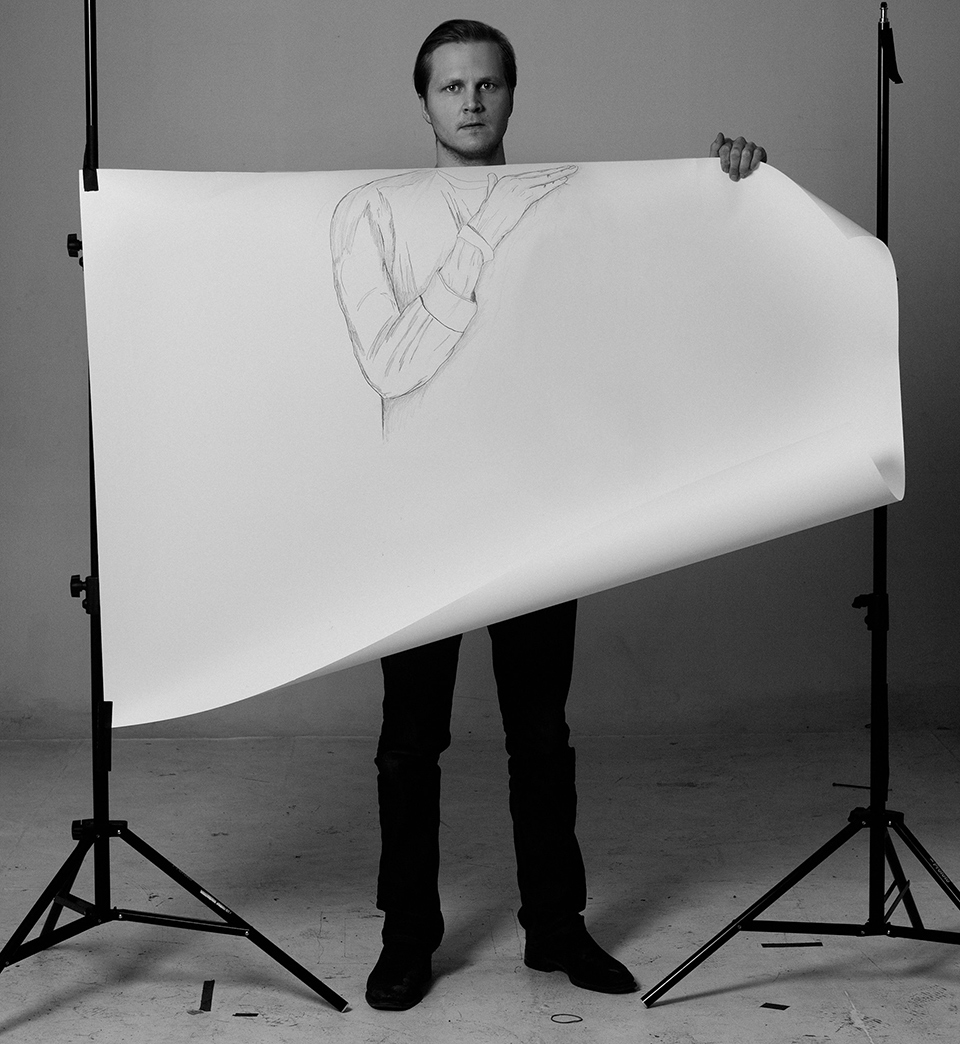 2010-
2008
2003-2005
2000-2003
ArtistLab
(Stockholm)
MSc Philosophy and History of Science
(London School of Economics)
MSc Accounting
(Bond University)
BSC ECONOMICS WITH COMPUTING
(University of Surrey)
Ambivalent personalities. Subtle emotions, underlying doubt and artificial confidence.
Carl Adam Cronstedt was short listed for the Royal Academy of Arts Summer Exhibition in 2016 and exhibited at Art Basel in 2017. His art, characterized by black humor and ironic attacks on our culture is well known in Stockholm.

Carl Adam was commissioned to paint 30 paintings (each Human Rights Article) for The Edelstam Foundation in 2013. Its a travelling exhibition aimed to raise awareness about human rights violations on controversial sites around the world. The most recent exhibition was held at The Museum of Memory and Human Rights which is a Chilean museum dedicated to commemorate the victims of human rights violations during the civic-military regime led by Pinochet.

I want to create an interface which throws the viewer into a world filled with intense characters. I want to portray ambivalent personalities and expose subtle emotions and underlying doubt. Those nano-seconds when a person reveals his or hers cultivated denial and often veiled despair. This game appears most clearly in the male world - in the artificial confidence of men in a group. Or put differently - the study of social phenomena from a closed and male world. After a short time of working in accounting for Robert McAlpine and the management trainee programme at Modern Times Group I felt broody. Leaving the office each day feeling unsatisfied, I had a strong urge to return to the academic world. I left my position and enrolled to study at London School of Economics. After I had finished a Masters Degree in Philosophy and History of Science I began to draw more intensely. To study philosophy in depth is both difficult and time consuming. As a form of expression it allows you to immediately provoke and play around with everything from questions about epistemology to meaning/reality and other types of metaphysical issues.

My favorite subject and main inspiration is the Philosophy of Social Science with questions surrounding rationality, relativism and identity. I'm not aiming at glamorizing the disgusting and ugly but to bring out the resigned humor and irony which makes existence bearable. The generation I belong to have not inherited much when it comes to meaningful moral values. We have too much freedom and the burden of endless choices is inevitable. Existential questions feel more and more relevant the more you dig in this "freedom". What do you base your choices on and why? I find it important to see meaninglessness as a source of freedom instead of despair. There is no masterplan and that eases my mind. Truth is subjective, reality has no key. The first scientific postulate is the objectivity of nature: nature does not have any intention or goal. We may yearn for a "higher answer" - but none exists. My overall intention is to evoke thought, which for me is what both philosophy and art is about.

"We are not, and should not try to be, invincible Stoic super me, safe in our lonely fortress of solitude. We need each other. We need to admit this need, embrace it. In modern liberal society, we have struggled for centuries to wall off the individual from the interference of church, state, and community. We have won our individual freedom and privacy but at the cost of terrible loneliness. We place great emphasis on the free, private, autonomous individual. If we hurt, we hurt in private. The pilgrimage broke down this liberal isolation through sheer necessity."
Jules Evans